GM, Cruise sue Ford to block use of 'BlueCruise' name for hands-free driving 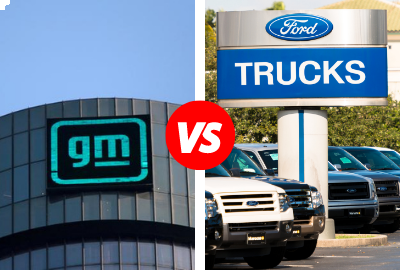 GM, Cruise sue Ford to block use of 'BlueCruise' name for hands-free driving

Things are heating up in the automotive industry, as two giants prepare to face off in a legal battle over naming issues. Back in April, Ford announced their brand-new hands-free driving system called, “BlueCruise.” But soon after, GM yelled foul-play, filing a lawsuit in California claiming the BlueCruise moniker is infringing on the trademark for GM’s Super Cruise system and their autonomous-taxi subsidiary Cruise, according to a report from Reuters.

GM trademarked Super Cruise back in 2012 and acquired the Robo-taxi brand in 2016. According to the report by Reuters, they alleged malicious intent from Ford to “inevitably confuse” drivers. The automaker is asking the court to prohibit Ford from using the “BlueCruise” name and unspecified damages.

In a statement released shortly after the news broke, GM insisted that they tried to solve the issue peacefully, "While GM had hoped to resolve the trademark infringement matter with Ford amicably, we were left with no choice but to vigorously defend our brands and protect the equity our products and technology have earned over several years in the market,"

On the other hand, Ford downplays the lawsuit, claiming it is "meritless and frivolous". Ford insists that the term “cruise control” has been common in the automotive industry for years, and cruise is just a shorthand for the capability. They also listed other technologies that use the moniker “cruise”, such as Hyundai’s Smart Cruise Control, arguing that “GM has had zero issues with other 'cruise' names.” Finally, they likened GM’s attempt to trademark “Cruise” to trying to take ownership of terms such as turbo or hybrid.

The fate of the lawsuit is unclear, but both parties are moving forward defending their decision. Now is your turn to join the conversation. Do you think GM is overstepping their authority trying to trademark “Cruise”? Or do you agree that Ford intentionally used the term to confuse Drivers? Let us know in the comments below

by PartsHawk
Posted in: News
0 comments
Comments
Leave your comment
Your email address will not be published

Top Wiper Blades on the Market You Need