Rightline Gear: Brand of the Month 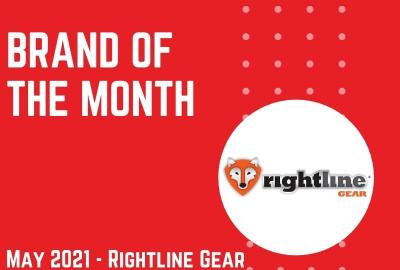 Posted in: Company News
By PartsHawk
More from this author

Rightline Gear: Brand of the Month

All of Need to know about Rightline Gear

Rightline Gear is one of the most unique brands we have, both in products and history. Rightline Gear specializes in cargo holders, car back carriers, roof racks, tents, and doorsteps. Very few on the market give the quality and innovation that come with the Rightline Gear line. As Rightline Gear states, “our goal is to take it to the next level… By eliminating the shortcomings and little annoyances that people have come to live with, we’re always staying true to our goal: to create new takes on old product ideas that solve old problems.” This principle has led to the creation of some of the revolutionary products in the automotive and outdoor Gear world.

Before becoming Rightline Gear, they started as lakelandgear.com, a direct-to-consumer website that was crucial in perfecting their craft. But when their launched Rightline Gear, in 2009, they had a desire to “up our game and deliver a superior choice of automotive and outdoor Gear to national retail.” Now more than 10 years later, Rightline Gear continues to shake up the market with game-changing products like the Car Clips, or their durable cargo holders.

In recent years Rightline Gear has partnered with talented entrepreneurs to include the Anti-Theft Trailer Coupler Ball and the Moki Door Step, in the national line-up of Rightline Gear products. In fact, the latter of which gained national recognition when it was featured on the show Shark Tank.