Email
Automatic Transmission Shift Bracket/Lever Kit;
MORE >>
MPN
10497
$59.76
In stock
Ships on or before the next business day!
Skip to the end of the images gallery 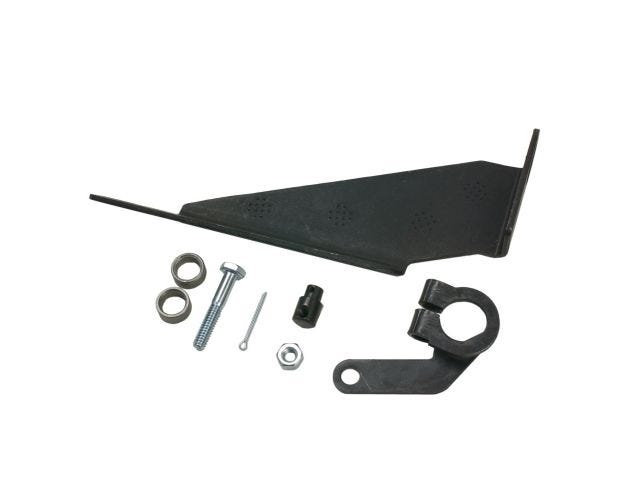 As performance enthusiasts today, most people are accustomed to having access to whatever performance parts they need for their vehicle readily available at their local dealer. It usually never crosses anyone's mind who invented these products? Who was the first to identify the need, then develop and manufacture that product? Since the very early 1950s, B&M has been at the vanguard of the growing automotive aftermarket. Racers themselves, B&M's founders identified the needs of local racers and street performance enthusiasts, and developed products to fill those needs. As the industry grew so did B&M. And as racers went faster, B&M developed products to help them break the records they just set. In the 50's it was B&M who came up with the idea of using a performance reinforced Hydramatic for racing. In the 60s it was B&M who developed shifters to go along with it, and later in the decade came race converters. In the 70's shift and transmission improving kits, and always the constant refinements and expansion of existing product lines. If you've ever raced a vehicle, or driven a hot rod with an automatic transmission, high stall torque converter, an aftermarket automatic shifter, or performance enhancing shifting kit, thank B&M. From Trick Shift performance ATF to reverse pattern valve bodies, 1.80 gearsets to cool canisters, the list of firsts goes on and on. It's this tradition that keeps moving B&M to identify and develop what the performance enthusiast needs. As racing and street performance has spread globally, B&M has taken it's extensive knowledge and experience and applied it to the needs of racers, everyday drivers and hobbyists around the world. Keep looking to B&M to continue to be amongst the very first to identify vehicle needs in the global automotive aftermarket, supplying enthusiasts and racers what they need, performance!