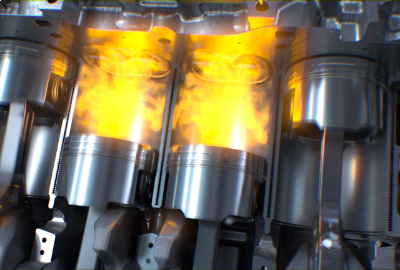 Posted in: How To and Tips
By PartsHawk

So you’re driving along and you notice that your engine is running rough? You may have an engine misfire. When this happens you may have a rough idle or your engine could feel really rough when driving. If your check engine light is on and your Bluetooth OBDII scanner gives you a code of P0301, that means that you are experiencing misfires on cylinder 1. P0302 means there’s an issue with misfires on cylinder 2 and so on. If your OBDII scanner reads P0300, it means that 2 or more of your cylinders are misfiring. Here we explain how to diagnose and fix these misfiring cylinders.

1) What is the Engine Firing Order?

When you learn the firing order you learn which plugs are which. This is important in diagnosing which plug or cylinder was named in the engine code; P0300, P0301, P302, etc.

Look closely over the ignition coil. You are looking for signs of wear and degradation. This may include cracks or crumbling in the plastic, black and white deposits at the boot or signs of scorching.

Remove the spark plug and look at it closely. You are looking for signs of black soot, white deposits, or other signs of damage, wear or scorching.

a) If you happen to have an advanced scan tool, you can run and test the engine with that. It will monitor the system and report if other issues exist.

b) If you don’t have one of those advanced scan tools you can test the ignition system by swapping the suspected bad plug and coil with another. Start by removing the ignition coil and spark plug from a cylinder that tested bad and swapping it with one from another cylinder that tested good. Now clear the codes on your engine and start it up. Plug in your OBDII and see if the codes moved with the suspected bad cylinder.

If the misfire code moved with the suspected bad plug and coil, then they were the issues. Replace the plug and coil with new ones and you are all set.

*DIY Mechanic’s note*: the overall procedure to diagnose and fix these is relatively simple but make sure that you reseat the spark plug properly so it’s traveling on the correct threads and not cross-threading. And do not over tighten

When it comes to DIY-wrenching projects, Partshawk has you covered. If you have a misfire on your car or truck and need the tools and parts to fix it, shop now or contact us.