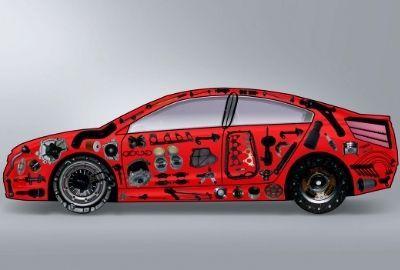 Despite the fact that most car brands have their own unique characteristics, most cars are developed and produced utilizing the same basic concepts. This also means that when vehicles age, they tend to have the same issues.

Yes, differing powertrain configurations, extra safety features, and brand-specific equipment might cause different car problems, but when it comes to the most basic elements and systems, cars frequently require repair for the same reasons. Whether the components fail because they are subjected to more stress than others or because the design was wrong from the start, some auto parts simply need to be replaced more frequently than others.

The oil filter is the item that has to be replaced the most, regardless of the type or model of car you own. Any internal combustion engine's lubricating system is critical to its correct operation. The engine oil and oil filter should be replaced every 5,000 to 20,000 kilometers, depending on the car manufacturer, how your vehicle's lubrication system is designed, and the type of oil used.

After oil changes and normal maintenance, the most typical duty mechanics must conduct on a daily basis is the replacement of brake pads and rotors. Because you utilize your brakes every time you drive your car, they will need to be replaced at some point.

When you push the brake pedal, the brake pads press against the rotors, slowing the automobile down. Both components will wear out from rubbing against each other and will need to be replaced.

Furthermore, in an emergency brake situation, the rotors' temperature will rapidly rise, potentially warping the rotors. Warped disc brakes cause the brake pedal to rattle and the brake pads to wear out prematurely. To extend the life of your brakes make sure to have your brake system serviced every year or 24,000km, depending on whichever comes first.

When the ABS warning light illuminates on the dashboard, the issue is almost often due to the wheel speed sensors. The speed sensor rings are put on the driveshafts or wheel bearings, and these sensors are located on the knuckles.

They are continually exposed to the outside elements as you drive your car due to their location. In the winter, they are filled with snow and salt, while in the summer, they are filled with water and mud. As a result, rust penetrating the sensors and destroying the internal components is prevalent, resulting in misleading readings and DTCs being logged in the PCM.

Reading the DTC codes with an OBD2 scan tool can reveal which sensor is damaged and no longer delivering data to the powertrain module. When in doubt, check the voltage output in the connector of the suspected wheel speed sensor. If the value is outside of the typical threshold, consult your vehicle's maintenance manual for the exact standard and replace the wheel speed sensors.

Shock absorbers, commonly known as suspension struts, are a unique type of shock absorber. Unlike the other suspension components discussed above, they rarely need to be replaced due of corrosion and play inside of them. Struts, on the other hand, are frequently replaced because they are leaking.

The oil contained within shock absorbers is used to absorb road irregularities. When the seals dry out, oil begins to leak around the shock's rod, lowering the oil level until the strut no longer has any dampening effect. When the shock's fluid level reaches a particular point, you should notice that the automobile begins to bounce for an inordinate period of time after each bump in the road.

To put it to the test, shake the car when it's parked on a level surface and count how many bounces it makes after you let it go. The car should not move in 112 bounce if the suspension is normal. Examining the shock visually can also be beneficial. If the shock is oily, it means the oil is leaking and has to be replaced soon.

The spark plugs in all internal combustion engines are responsible for igniting the air/fuel mixture and causing an explosion, which allows the automobile to move forward. When an explosion occurs, spark plugs must resist a tremendous amount of pressure. Each spark plug will fire 1000 times per minute on a normal engine spinning at 2000rpm, and each explosion can yield pressures of nearly 30,000 lb/ft2. After the explosion, the temperature within the cylinder might reach over 4,500 °F.

The central electrode will wear out with time, and misfires may occur. Excessive heat can also break the insulator, causing the faulty spark plugs to become short-to-ground and cease to spark. There's nothing else to do when it happens, other than to replace the plugs altogether.

At different intervals, different types of spark plugs will need to be replaced. Cheap copper plugs, for example, usually last around 50,000 kilometers, whereas iridium plugs can last up to 120,000 kilometers. Iridium plugs are 5 to 10 times more expensive than conventional plugs.

The alternator, as a key component of the charging system, is similarly subjected to extreme temperature swings and is inextricably linked to the health of your vehicle's battery. The alternator will produce more power as your battery ages to compensate for the battery's inefficiency, which might lead to premature failure.

The alternator is also more in demand during the winter season, as your automobile requires extra power to run the climate control system, rear defrosts, heated seats, and other winter-related accessories.

The alternator is driven by a belt and rotates at a rate of 4 to 5 times that of the engine. When the engine revs up to 3,000 rpm, the alternator pulley spins at roughly 12,000-15,000 rpm. It's easy to see why this is the case, the flimsy alternator bearing may wear out and start producing noise at some point.

It's worth noting that, just as the health of the battery influences the alternator's lifespan, the contrary is also true. A bad alternator will drain the battery and shorten its life expectancy. Make sure to test your alternator at least once a year, preferably right before the winter season, to ensure that both components survive as long as possible.

Your front wheels can rotate on the vertical axis thanks to ball joints. The ball joints are aroused every time your automobile meets a crack or a little bump in the road.

Ball joints are pre-lubricated at the factory and have a rubber seal to keep water and dirt out. The seal will eventually dry out, crack, and rust will form on the bottom of the ball joint, pushing the grease out.

Water will also be able to enter and wash away any remaining grease. If this happens, the ball joint will become loose in the socket, causing a knocking sound every time the wheel hits a bump, as well as a screeching sound when the steering wheel is turned.

A loose ball joint can be examined by shaking the wheel up and down while it is lifted on a jack. If there is play in the wheel, the ball joint is defective and must be replaced.

Failure to replace a loose ball joint might result in more expensive repairs and potentially a car accident.

The alternator, water pump, oil pump, power-steering (unless your car has an electric power-steering system), and A/C compressor are all powered by the drive belt, so if it's not in good shape, your car won't get very far.

Despite the fact that drive belts are made of a rubber that is designed to resist the widest temperature ranges imaginable, the rubber will eventually dry out and break.

When the cracks become large enough, the belt will loosen and may drop off the pulleys, resulting in a squealing noise. When this happens, failing to repair it in a timely manner may cause the belt to rupture, causing the automobile to come to a halt. The alternator would not work if it didn't have a drive belt.

Belts should be inspected at every oil change and replaced if there is any surface glazing or cracking.

The water pump is an important component of a water-cooled engine's cooling system, as it circulates coolant throughout the system. The water pump will eventually wear out after six to eight years of service, or 100000 to 150000 kilometers.

The automobile may be unable to start due to heat, repeated overheating, or coolant leakage is one of the indicators of a defective water pump.

As we've seen in this post, some or all of the above-mentioned parts will fail in your car at some point, and you'll need to replace them.

Some of these car parts are simple to replace, while others will necessitate the assistance of a professional mechanic. For those that can be DIY, all you need is a guide, some basic skills, and the necessary tools, and then you can simply replace them. However, if the failure is beyond your ability, you should take the car to a repair shop to have the defective parts replaced by a trained mechanic.

If you're looking for a good deal and a wide selection of replacement parts, look no further than PartsHawk.com.

by PartsHawk
Posted in: How To and Tips

10 Most Popular Cars for Moms