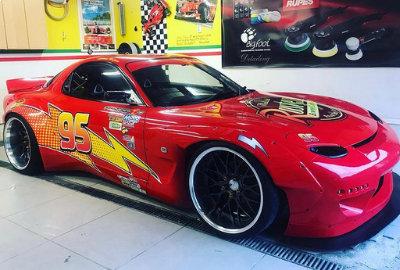 Posted in: How To and Tips
By PartsHawk
More from this author

We’re back with part two on our tuner car blog and we got some road rockets for you. If you haven’t read part one and are wondering what a “tuner car” is. Simply put, it’s a car that is either easy to modify or is a fan favorite among enthusiasts for performance modifications. These performance mods are focused mainly on horsepower, speed, and handling. So engine and suspension mods are the name of the game.

PartsHawk.com is your one-stop shop for repair and performance car parts and should be your first stop when looking to tune your car for speed and performance.

Would you be surprised to know that the Mazda Miata is the world’s best-selling sports car? We are talking globally. In this case, it is a numbers game. This car is one of the most modified cars on the planet simply because there are more of them on the street.

This two-passenger roadster was first manufactured in 1989 where it shocked its audiences with a rather zippy 1.6 liter 4 cylinder engine. Since it was small and light enough for a handful of high school football players to hand carry to another location as a graduation prank on their school principal (hypothetically speaking, of course) it quickly became a favorite for tuning and racing enthusiasts who wanted to make the most of the cars miniature stature. It was quite similar to modifying many of the eastern cars that made their way to American shores.

Over the years, the small but sturdy Miata’s design would gain interest from the car modification community because of its vast catalog of affordable and accessible parts, impressive power, low built stability, and handling, which all made it a mini beast on the track with only a tiny bit of effort. The Miata was redesigned in 2015, with a powerful 181-HP motor, a hardtop roof, and a modern appearance that ached for aftermarket bodywork.

What Mazda’s RX-7 lacks in track spirit, it more than makes up for where torque is key. What world of torque could we talking about that this front/mid-engine design would excel in? The drifting world, of course. And this speed demon was built for it. Thanks to its brilliant rotary engine design, in the right hands, its competitors are at a HUGE disadvantage. The Wankel is truly remarkable in design but incredibly complex. This makes the RX-7 quite difficult to tune. There is no comparison in ease if you’re comparing it to its sister, the Miata or the Honda Civic.

But why is this on the tuner list, then? Well, if you are a mechanic or tuner who understands the intricacies of this car and the Wankel engine or you know one that did, it would fast became one of the hardest vehicles to challenge on the track. The RX-7 became a classic after its 1978 release due to its sleek and sporty appeal, garnering a mildly obsessed fanbase. But the turbocharged third-generation FD that was released in 1992 was a completely different mechanical beast. It came stock with an overly complex sequential twin-turbocharger system, the FD would output 2 very different PSI, depending on its RPM. The working theory on this was that the RX7 FD forms a near-linear acceleration curve creating instant and continuous power during its entire rev cycle. This was the most exciting thing that happened to RX7 tuners since their mechanic certifications came in. Aftermarket tuning companies created kits revolving around the rotary-powered engine allowing it to succeed and thrive in a way that it was never meant to. And that’s what we like.

What can we say about the modifiability of the Acura Integra? This car has one of the longest lifespans in the car tuner world. A lot of people were sad to see the Integra phased out in 2001 and replaced by the RXS but its unusual design, symmetry, and accessibility allowed it to be lavished in a variety of aftermarket parts that left the tuner world foaming at the mouth. Since the Integra was such a popular car and used easily interchangeable parts from Honda, they were able to be tuned and modified to great extents. This was responsible for its image as one of the most competitive tuner cars in the 1990s. 1994 to 1995 seemed to be the most prominent and popular among car mod specialists. And let’s not forget that with the 1995 model year came the highly regarded Type R. It was a 197HP premium model that adopted the Integra 1.8-liter DOHC 4-cylinder engine.

Although the Integra consistently earned its place on nearly every Top Ten of the Year list during its reign, Type R was in a league of its and set Integra apart from its competition by earning the title of “best front-wheel-drive car of all time.”

The Nissan 240SX has earned its place on this list, one hundred times over, as one of the most modified vehicles in history. Why? Because simply put, there are a whole lot of parts for it. It seriously has one of the largest inventories of aftermarket parts of any tuner-friendly car around.

Not only has the Nissan 240SX cemented its place in the drift world but it was also one of the most popular cars in Nissan’s stock during the 1990s. It held its own, serving as Nissan’s flagship sports car along with the 180SX, and 200SX.

Early on the 240SX was deemed one of the most adaptable models that could accept multiple affordable tuning products that improved power and it was all thanks to the indestructible KA24E 2.4-liter four-cylinder engine. Right now, you are probably saying to yourself “there’s no way this car could become more adaptable.” And that would be incorrect as the 240SX’s second-generation adopted the updated KA24DE which is more versatile and easier to tune. This is where the 240SX would shine. With its popularity within the drift circuit, manufacturers produced extensive performance packages that improved the factory performance, handling, and aerodynamics. This led to massive inflation of value. Now, the model that was budget-friendly is well sought after which inflated its prices, inspired expensive aftermarket kits, and a dwindling population making it a popular tuner car in theory but difficult to execute.

Remember the Integra we read about earlier? Now it’s time for the RSX, which stands on even ground when it comes to the aftermarket opportunities. It is well known as the 4th generation of the Honda or Accura Integra series in the U.S. Fans and experts of the original Integra accepted the new RSX as the last iteration of Honda’s illustrious line.

From 2001 to 2006, the automotive aftermarket shifted its focus from maintaining and upgrading the Integra to the RSX. The 160-horsepower VTEC K20A3 engine would excite the minds of drivers who wanted a more modern take on one of Honda’s most famous cars. When you threw on the standard features that came with it like, cruise control, ABS, power windows, and a moonroof, the car became a huge hit among aftermarket and tuner enthusiasts. With the car being so popular, it was common to see modified RSXs everywhere you looked in the automotive aftermarket.

BMW’s tend to be a little more low profile than their competitors in the tuner aftermarket arena, the 3 Series or E46 is still on the list as one of the all-time favorite tuner-friendly cars for aftermarket mod enthusiasts. If you don’t understand why they are so popular just look at how the 3 Series designed and it will all make sense.

The 1997 to 2006 BMWs were some of the automotive industry’s most iconic sedans, convertibles, coupes, and wagons. This forged the for the 3 Series to make its splash within aftermarket mods specialists. These vehicles have such a broad global appeal that aftermarket manufacturers in the UK and the US took notice. The unique idea of such a well-established German car like BMW being upgraded and tuned through aftermarket modification was niche enough to inspire subtle body kits, aerodynamic upgrades, and an increasing number of performance engine parts. And since the 3-Series engines were already designed and capable of power and handling with outputs of 120HP from the 316i, all the way to the 355-horsepower M3 CSL, they were ready for about anything you could throw at them.