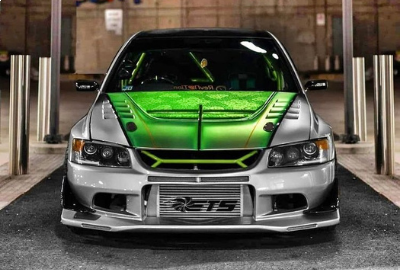 Posted in: How To and Tips
By PartsHawk
More from this author

We’re back with part three on our tuner car blog and the variety in car types for tuners is vast. If you haven’t read part one or part two and are wondering what a “tuner car” is. It’s a car or truck that enthusiasts have set their sights on for performance modifications. These car mods are focused mainly on horsepower, speed, and handling. Engine and suspension mods play the biggest role in this with turbocharger upgrades, performance exhaust, and racing suspensions.

PartsHawk.com is your one-stop shop for repair and performance car parts and should be your first stop when looking to tune your car for speed and performance.

Probably surprised to see royalty here but no car list is complete without a mention of America’s sweetheart, the Ford Mustang. With its timeless and iconic appeal, Mustang models helped to define the western automobile industry since its debut in 1964. Mustang has been around for generations which has given the aftermarket industry and tuners ample time to come up with new and exciting ways to mod the Mustang from one year to the next.

The Mustang was introduced as a performance car that was targeted at young enthusiasts. It was identified or labeled as a driver’s car from the start which inspired aftermarket companies to want to push it well past the expectations of the Ford Motor Company.

From the start, this pony car (a car that has a long front end in comparison to a short cab) was a welcome addition to the North American racing leagues. Because of the Mustang being such a tuner-friendly car, it was quite the formidable opponent on the track, earning it many accolades. Back then, it should be noted that people didn’t call it tuning or a tuner car but anyway you cut it, they sure were the bee’s knees.

This success was important to the longevity of the Mustang in the consumer market and the racing circuit. Mustang’s fourth and fifth generations have become the most modified by today’s standards of tuning and we are thankful that the aftermarket tuners aren’t going to let the Mustang die off anytime soon.

Look at this sought-after, tuner-friendly beauty right here. Honda S2000 is a drop-top sports car with arguably one of the most attractive designs the automotive industry has ever seen. But what makes this car truly rare is that it’s one of the only rear-wheel-drive vehicles Honda has ever produced. The vehicle certainly excited audiences at the Tokyo Motor Show in 1995 but it wasn’t manufactured until 1999. Enthusiasts that were chomping at the bit didn’t wait for the car to come up with the mods for it. They had spent four years designing and developing modifications, parts, and enhancements for the car. They were heavily relying on sketches that wouldn’t be put into circulation until after its release. With the car’s respectable power output of 124HP-per-liter, the S2000 was an instant hit with the tuning experts because it produced the highest power output of any naturally aspirated car of the era.

The G35 is probably another surprise to this list but we wanted to give a little shout-out to this totally underappreciated dynamo of a tuner-friendly car. The Infiniti G35 is often compared to the Z Car in many ways. The G35 is basically a revised and luxury version of the Nissan Skyline but catered to the US and Canadian audiences. That being said this car brings with it a ton of performance parts, peripherals, and options that were originally designed for the Japanese Domestic Market or the JDM. Since it was the direct cousin of the 350Z and 370Z, it was an instant star with mod enthusiasts who knew enough to take advantage of its untapped potential. This allowed the G35 to serve as a beast of an alternative to Nissan’s Z cars.

I told you we would come back to it! The Mitsubishi Lancer EVOLUTION was released in 1992 for the consumer market and became an instant favorite of modification experts the world over. It came factory equipped with all-wheel-drive, a two-liter turbocharged four-cylinder engine that would one day become famous, and some sleek styling. This car excited the tuner community because so many wanted something to compete with Japan’s large list of tuner-friendly cars and the EVOLUTION seemed to be the answer. What the tuners got was a champion in the making. Mitsubishi agreed to downplay the car’s output to a max 256HP but it was said that they were lowering the HP numbers on paper to meet the compliance needs of the market. The EVOLUTION put numbers much higher than the listed max HP and boosted their competitive edge with the Subaru WRX.

As each generation of the EVOLUTION developed the horsepower climbed to a whopping 440HP. Now we know that people in the car modification industry don’t like to brag on their cars and show off so naturally the word got out about its true performance abilities and became a “must-have” for many automotive tuners.

The Nissan Skyline GT-R is an incredibly popular car with tuning enthusiasts all over the map willing to pay big bucks for this tuner-friendly framework. When the Skyline was introduced in 1969, it was an instant hit with Japan’s touring circuit. This quick rise to fame grabbed the attention of Japan’s aftermarket and their powertrain, suspension, and aerodynamic structure almost sounded like something of a legend. The Skyline was discontinued until 1989 but its return was epic when they released the R32, with immediate popularity in the Japanese JTCC Group A racing series. The high-performance and tuner-friendly RB20 engines were a blank canvas for aftermarket modifications that were able to push the Skyline to 500+ HP consistently. If you listen closely you can still hear the cheers from the tuners and mod enthusiasts. Homologation rules required that the Skyline production be reduced to be eligible to participate in the racing leagues. The Skyline was very popular in Japan but became a worldwide legend in several markets, because of its aesthetic, tuner-friendly platform, and panache. The sad news is they are rather difficult to find.

The Toyota AE86 always reminded me of the Dodge Daytona a little bit because of its styling but don’t let an AE86 fan hear you say that. This car with a front positioned engine and rear-wheel-drive was only around for a few years; 1983 to 1987 to be more precise. It captivated audiences with its sleek and sporty coupe and hatchback designs. Some may not find this car attractive and to others, it may be their dream car but its desire comes from how tuner-friendly it is. Believe it or not, the AE86 had one of the most tuner-friendly engines of the ’80s. This car with its rear-wheel-drive, impressive handling, and 5-speed transmission caught the attention of tuners in a world that was dominated by front-wheel-drive cars.

The AE86 is a legend within the world of drifting but that can be largely attributed to the Japanese manga series, Initial D. Because it became an iconic machine within the racing world the aftermarket upgrades were soon to follow. This allowed drivers to increase horsepower and the appearance of this sorta Plain Jane tuner-friendly car.

This three-part blog on tuner cars and performance car modifications has listed only 18 of the 100s of tuner cars available. Admittedly, we tackled some low-hanging fruit as well as a few outliers and maybe a surprise or two. With the large variety of cars to choose from for performance mods, you need a company whose performance car parts are more diverse than the selection of cars you have to choose from. That’s where PartsHawk comes in. We have the largest selection of performance car parts online at the best prices. Visit our online store to check out our expansive collection of performance modification parts from brands like Ford Racing, Flowmaster, and Dorman.